Italian design. Fire Fly is designed for a public-private partnerships, as sort of “ambassador” of the values of respect for the environment and the real possibility of creating a city “on a human”, more liveable and especially eco-compatible.

Fire Fly is able to store the solar energy accumulated during daylight hours and to turn it into electricity during the night as soon as twilight sensor activates. Fire Fly does not require maintenance.

The singular form is absolutely creative, a large transparent cube, unique as an artwork, allows Fire Fly to be easily inserted in an urban or modern or old town.

As Fire Fly is transformed from day to night, transforms also its image, adapting to the environment. Fire Fly as a Fire Fly, absorbs the energy of the day to light the night, it’s designed to be placed in the garden, in parks and in the mountains because they do not need to carry out excavation works and connection to distribution of electricity.

Fire Fly does not pollute the sky during the night and its original forms make it an object indicated not only for lighting but also to give to yourself or to your friends light a clean “no cost”. 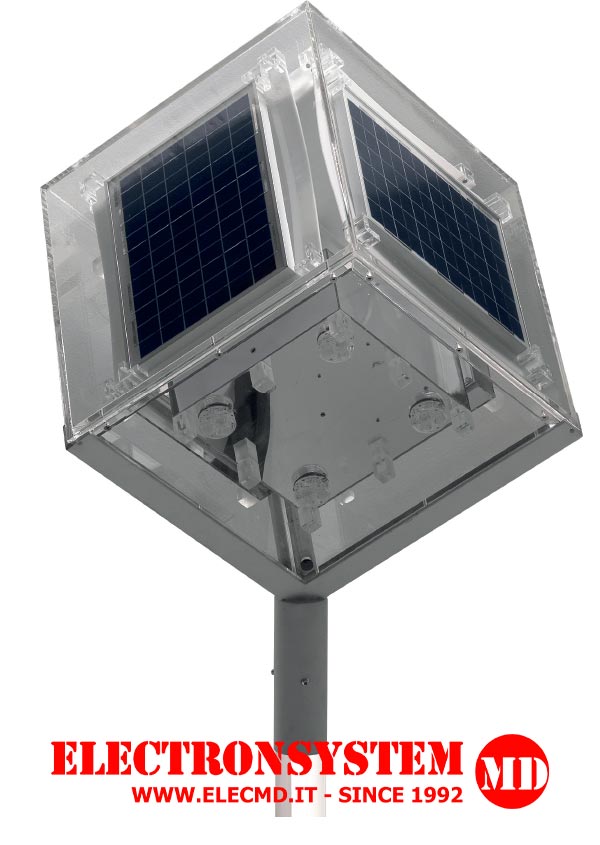